As my Bachelor’s thesis to obtain my degree in Commercial Communication, in a team of 7 students we organised the “Antwerp Advertising Awards” 2014. My task was the complete branding of the event : creating the logo, sponsor document, brochure, beachflag, the design of the website and the newsletters in Mailchimp.

– 200 people attended tot he event. A mixture of students, professionals from advertising agencies and interested people.

– We presented three awards during the show.
1/ The most creative campaign won a Adobe Creative Cloud license
2/ The campaign with the smartest strategy won an iPad
3/ The best campaign according to the public won tickets for a theatre and a night in at the Ibis hotel. 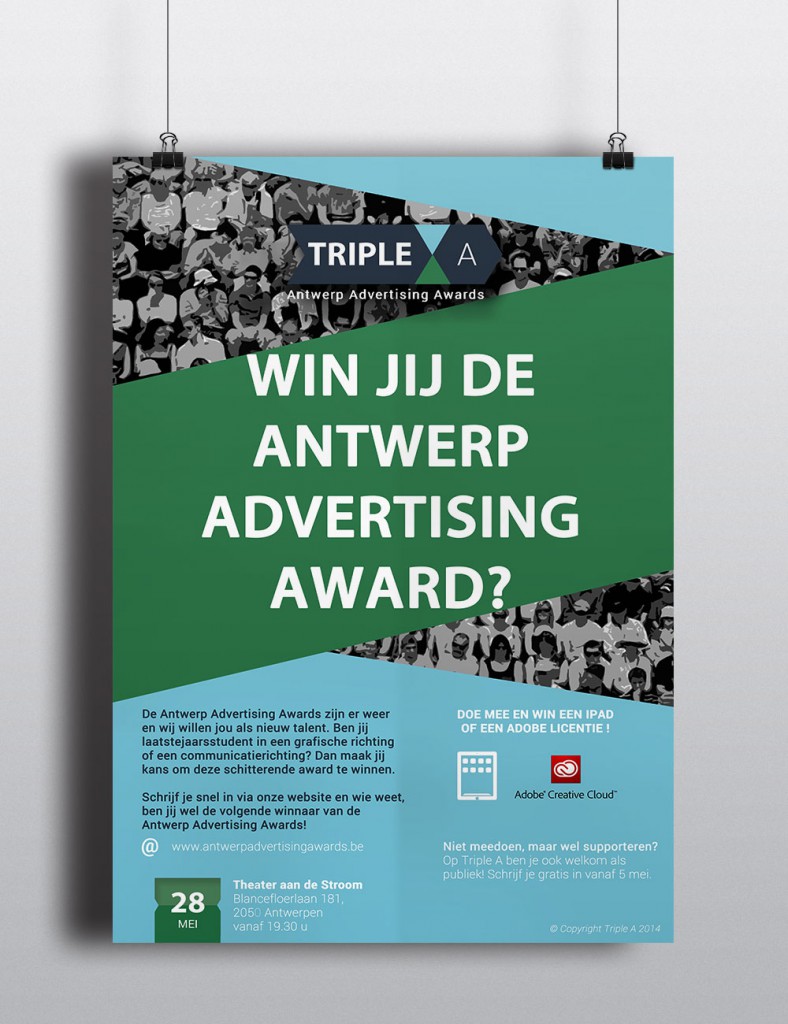 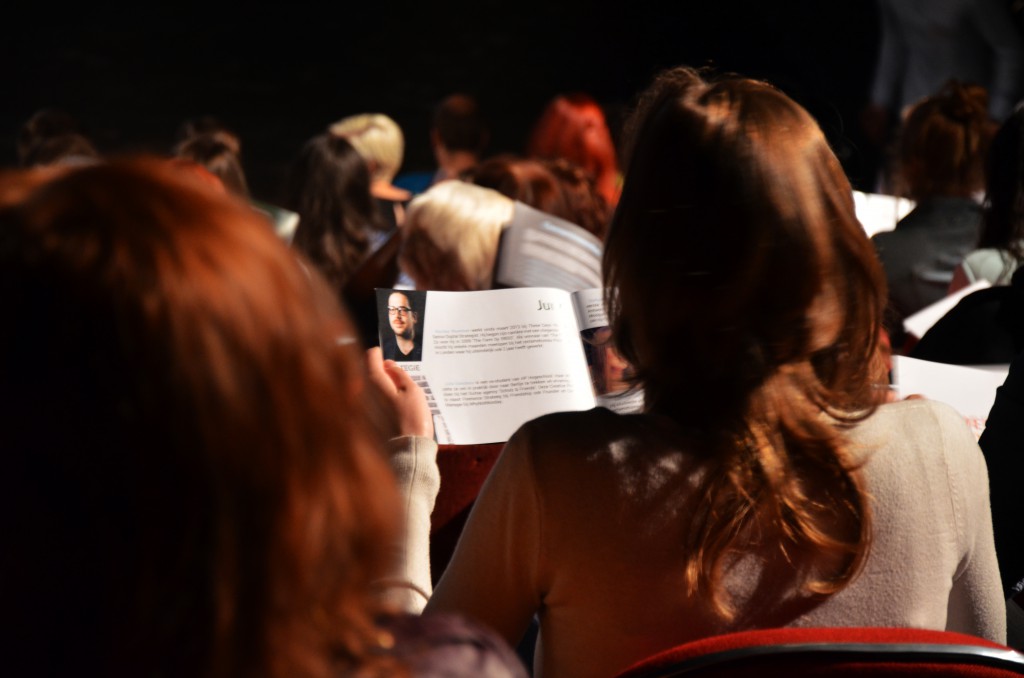 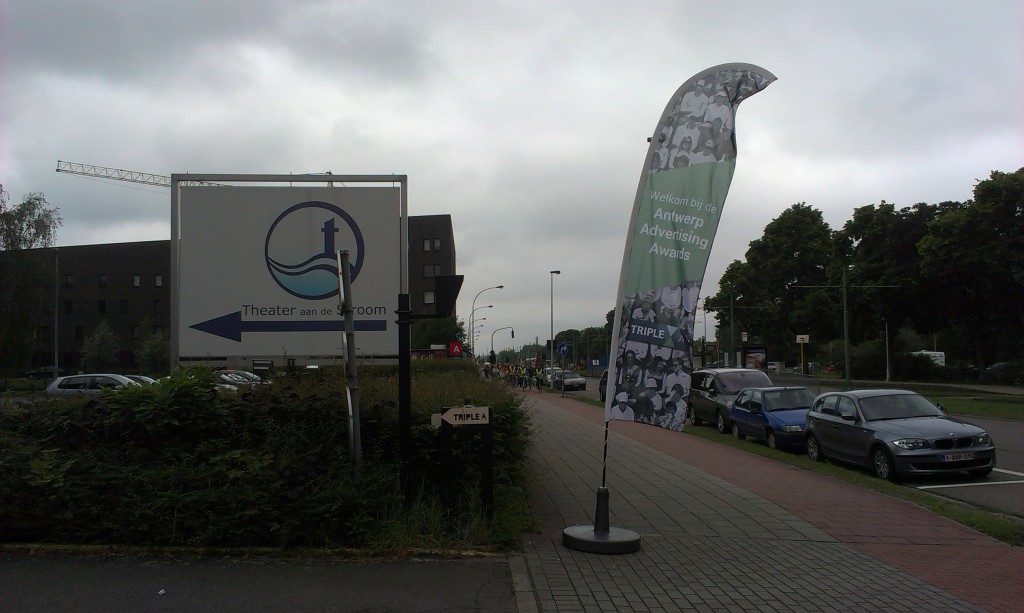 Thanks for visiting my page and showing interest in my work! Why not get in touch? 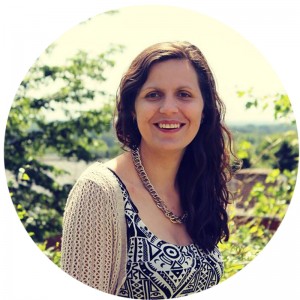